Dama in the news

Dama Financial is the Banking Solution for Cannabis Businesses

Although cannabis businesses are legal at the state level, they are still extremely hindered when it comes to financial options and safe banking systems. Inefficiencies are still heavily associated with cash-intensive cannabis operations, even as the legal industry expands. This is where Dama Financial comes in, as the leading provider of access to banking and payment solutions, it can arrange for safe and insured financial services for cannabis-related businesses. Dama Financial has not only solved a huge bank account problem in the industry, by sourcing compliant and sustainable FDIC-Insured banks but also has created an inclusive turn-key financial service.

It is undeniable that cannabis is more than just a budding industry — it is big business. In Denver, ground zero of legalization of cannabis, there are more retail marijuana stores than there are Starbucks stores. As more states legalize marijuana for either medical or recreational use, the economic potential may finally become a reality. In California alone, the cannabis industry is worth $3.1 billion dollars. Nationwide, legal retail marijuana sales were over $8.5 billion in 2018 and expected to have topped $11 billion in 2019. Many dispensaries, as marijuana retail outlets are known, have gone upscale — with sophisticated displays, well-educated salespeople (or “budtenders,” as they are known), and expensive décor — leaving behind the image of the college dope dealer. Yet, in one way, the industry is still rooted in the past: when it comes to handling payments. Today, cannabis is largely a cash business. From retail payments to owners paying their tax bills with grocery bags filled with cash, the payments and banking system has not kept pace with the booming cannabis industry. 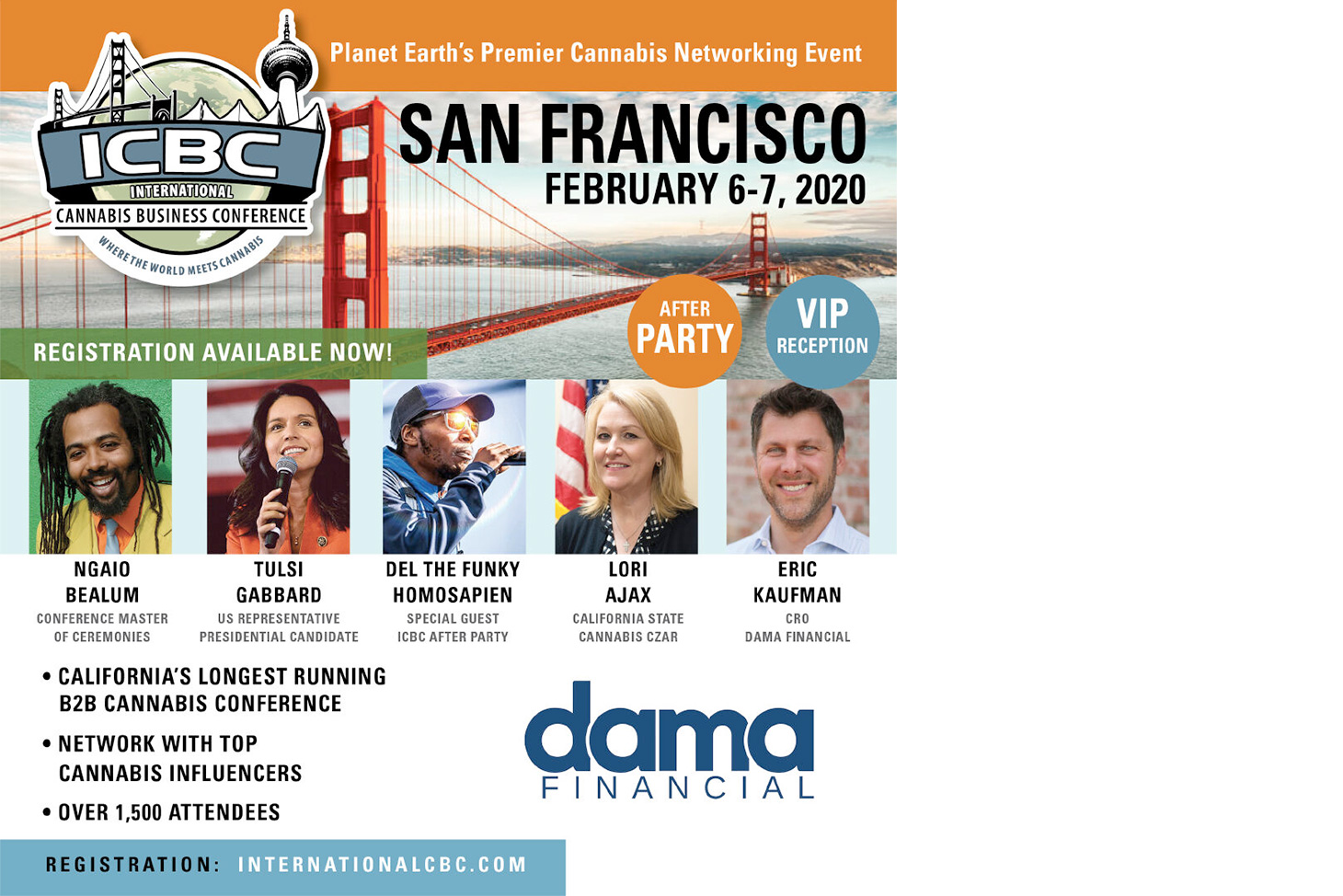 The International Cannabis Business Conference (ICBC) is coming back to San Francisco, California on February 6-7, 2020. As the longest-running cannabis industry B2B event in California, the ICBC is known for its unique blend of education, industry insight, policy, and entertainment.

California’s cannabis market is the largest in the nation and the state has long been a cannabis public policy leader. California was the first state to legalize cannabis for medical use (1996) and has had a vibrant cannabis community for decades.

The companies announced in a press release Wednesday (Oct. 2) that they will partner to create what they describe as the first digital wholesale marketplace for the cannabis industry. In addition to an eCommerce platform enabling cannabis businesses to legally procure inventory, Dama Financial will facilitate compliance financial transactions between B2B vendors and merchants.

Helix TCS is developing its Amercanex online marketplace for wholesale cannabis, and integrated into that platform will be Dama Financial’s payment services and other financial tools. Dama will connect businesses trading on the Amercanex portal with compliance checking, escrow and trading accounts to facilitate B2B transactions, the companies said.

Every month, staffers at NUG, a vertically integrated cannabis company in California, have to physically transport cash, accompanied by a licensed and armed security guard, via an inconspicuous company vehicle to a Pacific Gas and Electric office -- to pay their utility bill.

This may sound extreme, but it’s an all-too-common scenario among cannabis entrepreneurs. Despite weed’s legal status in most states and Washington, D.C., most federally insured banks won’t open accounts for marijuana businesses. The reason: fear of criminal or civil liability under federal law, which still classifies cannabis as a Schedule 1 drug.

For this reason, cash has become the go-to option for most cannabis transactions. Companies like NUG, which grows plants and manufactures cannabis products at several facilities in the Oakland, Calif., area, accrue mountains of greenbacks and have nowhere to deposit them except locked vaults.